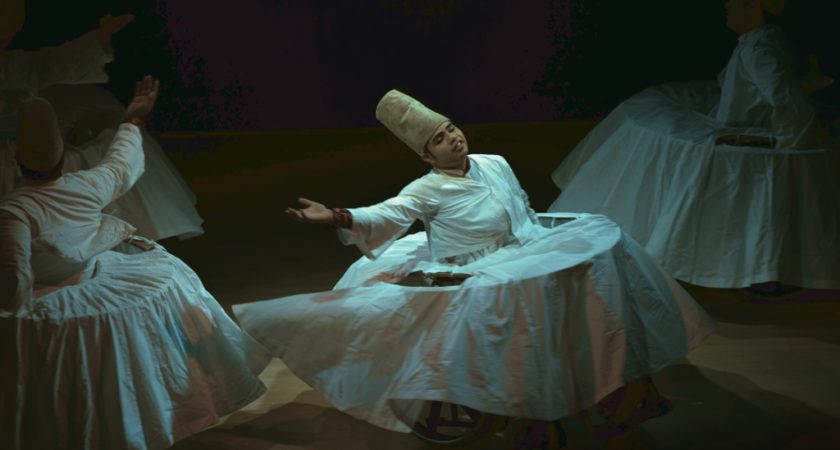 When the dancers on wheelchairs perform the Sufi dance, they immerse deep into Sufi mysticism that leaves no room for prejudice. It is above all religion, race, caste or creed. It is sheer Advaitism (absolute oneness, one without a second, non-duality) in its essence. All is one. Such a vision is surely needed to heal today’s increasingly violent and divided world.

Sufi Dance on wheelchairs is a form of Sama or physically active meditation which originated among Sufis and which is still practised by the Sufi Dervishes of the Mevlevi order. It is a customary dance performed within the Sema, or worship ceremony, through which Sufi dancers on wheelchairs aim to reach the source of all perfection,(Kemal). This is sought through abandoning one’s nafs, egos or personal desires, by listening to the music, focusing on God, and spinning one’s body in repetitive circles, which has been seen as a symbolic imitation of planets in the solar system orbiting the Sun.