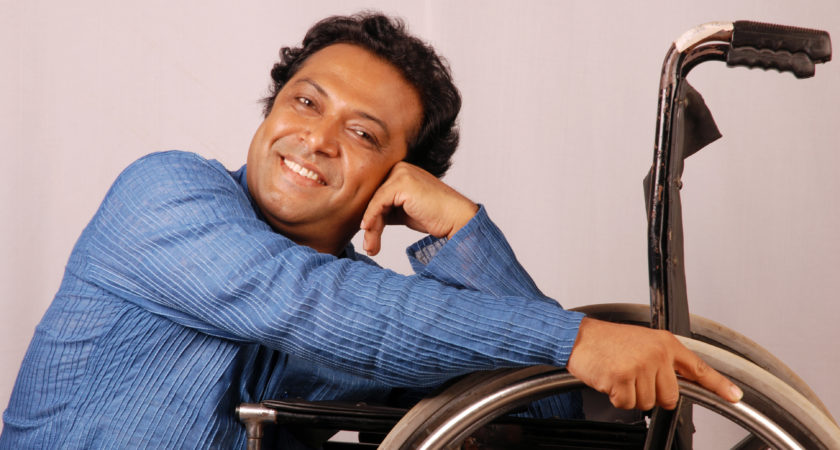 He is a pioneer of Creating Wheelchair Dance, has choreographed Sufi Wheelchair dance for people with disabilities, is a National Award winner and a Guinness Record holder. Guru Syed Sallauddin Pasha talks about innovating the dance therapy, challenges along the route and “delayed recognition” in India.
Syed Sallauddin Pasha comes from a family of healers. Treating people has been part of our culture, passed on for generations. His forefathers were the official healers to the kings of Mysore. So, naturally, it was passed down to me as well. But as a child, I was also interested in dance. He was six when he started learning Bharatanatyam and Yoga. He used to spend almost 18-20 hours on a wheelchair. I also realised then that very sadly, most of the roads and places in India are not disabled-friendly.

When Guru Pasha created Wheelchair, Dancing Wheelchairs There was no referral material that I could refer to. I had to innovate, recreate and adopt new methods. It was a Herculean task. I also stayed at Istanbul and Helsinki only to learn the nuances of Sufi dance. Ek mahine ki neend udh gayi thi! It was also very hard to convince parents of disabled, to allow their children to learn dance. They were hesitant because of the way our society treats the disabled. In my village, Anekal, which is close to Bangalore, I used to personally go to each family with a disabled person and talk to them about how it is possible for a differently abled person to dance and that it has a healing power.

Pasha Says when people see the performances of the differently abled, they are shell-shocked, because until then, the wheelchair was a sign of disability. But after they have danced sitting on it, the same wheelchair becomes a symbol of strength. I remember when my students had performed Bharatnatyam on wheelchairs non-stop for over three hours in front of huge exponents of classical dance in Chennai. They were all shocked when they saw the performance.

Guru Pasha received recognition outside before I did in India. In 2007 that I received the National Award for Outstanding Performances in the field of empowerment of persons with disabilities from the then President of India, Pratibha Patil. I also made a Guinness World Record and a Limca Record for creating 100 dance theatre productions and 10,000 performances by disabled persons across the world. People create records to make a name, but I ended up doing the same without realising that I was the first one.