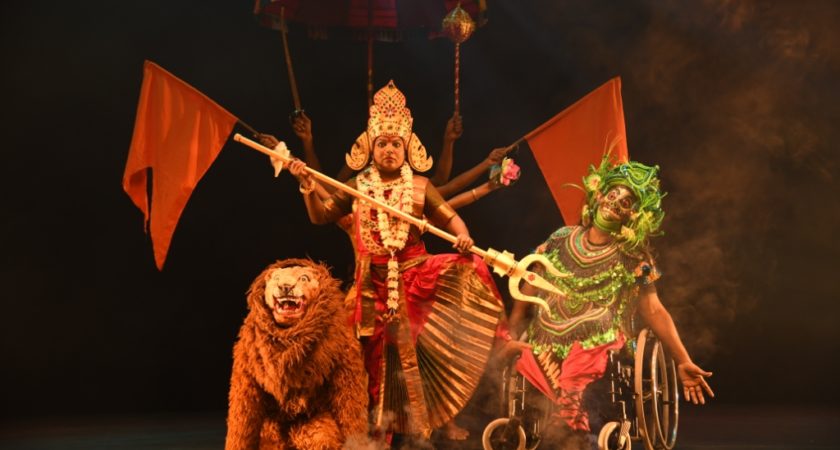 Durga is an incarnation of Devi or the Mother Goddess, a unified symbol of all divine forces. Goddess Durga manifested when evil forces threatened the very existence of the universe. To destroy these demons, all the deities offered their radiance for her creation and each contribution formed part of Durgas body. The gods gave her wondrous weapons like the discus of Vishnu and the trident of Shiva. She fought and killed the powerful buffalo-demon Mahisha. Demonic forces are self-destructive but very powerful. Divine forces are constructive but slow and efficient. When demonic forces create imbalance, all the deities unite, becoming one divine force called Shakti or Durga.

Performing with Traditional Mask and traditional costumes with high skill dance technique with ease and grace on wheelchairs and crutches by disabled artists is first of its kind the world.